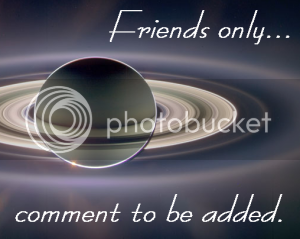 If you're already friended, don't worry, you're not going anywhere. I love the peeps on my friends list. :)

Hopefully this will just be a temporary thing anyway. But comment if you're not already added and wish to be. I add most people. :)

When I was fifteen, I was raped.

I was in an abusive relationship with my then boyfriend. Being beaten had become almost a daily occurrence, until the day I stood up for myself. That’s when it happened.

I don’t remember much of it, since he had his arm across my neck, restricting the air to my lungs and the blood flow to my brain. I remember the pain, as cliché as it sounds. I remember tearing and feeling the warmth of the blood. But I couldn’t tell you how long it lasted and I couldn’t tell you what happened immediately after. I do remember him leaving and going into the bathroom and turning on the shower. I remember grabbing my things and running like hell. I remember it was raining that day. I remember I left my jacket and that I was cold.

I remember the phone call I got from him later. I remember telling him that I’d use my dad’s gun on him if he came near me again. I remember him screaming at me that no one would ever love me, especially now that I was a “pathetic, broken thing.” He said that no guy really wanted a woman like me, that they would only ever feel pity for me. He said that I would always been seen as weak because I “let him” do this to me like the “pathetic, broken thing” that I am. I remember this, because I still have to look at myself in the mirror sometimes and remind myself that it isn’t true. That not everyone looks at me with pity. That I am, in fact, loved, and that I have, in fact, been loved, even if I am a “pathetic, broken thing.” And I’m not pathetic. And I’m not broken. I’m a bit chipped around the edges, perhaps, but I still work. I can still accept and give love and not spill a drop. Trust might not come as easy to me as it does for others, but it does come, and when it does, it comes with a ferocious desire to protect, and a loyalty that is hard to destroy. I don’t expect anyone to fix me, and I don’t expect anyone to protect me from the world. I do, however, expect those I’ve come to trust to treat me with kindness, just like anyone else would. I know that doesn’t seem like a very remarkable thing or an out of the ordinary expectation, but apparently it’s supposed to be a rare thing to find in a “pathetic, broken thing.”

Edit: I was cleaning up my LJ a little bit and saw this entry and decided to open it up (it had been private before). It's one of the last entries I'd made, actually. I'd never written any of this down before. It's poorly written (I was in a hurry), but I figured it was best to let it out than keep it in my brain. I opened it to everyone because it's really nothing to be ashamed of.

Happy New Year, guys and gals! I'm watching MST3K episodes and curling up with a good book. You young'uns go out and party it up for me. :)

Reason #538 that I love nature? Snowflakes!

Thanks to PZ Myers for the link.

I laughed for so long over this. But at some point, the laughter became sobs.

And congratulations to his daughters on their new puppy. ;)

Ten years ago today, Matthew Shepard was kidnapped, beaten, and left for dead.

Well, apparently Clay Aiken is officially out of the closet.

But in other news, the sky is blue, water is wet, Tom Cruise is a loon, Salma Hayek is attractive, and Wall Street is out of money.

Just watch this video. It's one of the rarest and deadliest things in the Universe, and we actually got to see it.

I know it simply looks like a dot appearing and then disappearing in a grainy home video, but it's actually anything but that. It's a gamma ray burst, an event that occurs when a star runs out of fuel and collapses into either a black hole or a neutron star. They are the brightest explosions in the Universe. This particular gamma ray burst occurred 7.5 billion light years away. And we could see it with our naked eyes. That's how bright it is. That little flash of light in the video above actually occurred before the Earth was formed. That's right. You just got to see something older than the planet on which you are now sitting. Our entire history, the whole history of this planet, from its burning beginnings, to the formation of single celled life, to the rise of trilobites, jellyfish, vertebrates, amphibians, reptiles, dinosaurs, mammals, everything...all the way to us...has happened since that small speck of light you see on your screens set out across the vast chasm of space to reach us almost dead on.

If the gamma ray burst had been closer, say, a thousand light years away, we would be dead. It would rip apart our atmosphere, it would boil the oceans, and it would dose the planet with enough radiation capable of killing life on earth a million times over. That's what I mean when I say it's one of the deadliest things in the Universe.

And doesn't our Universe just get to be more and more awesome and incredible with each passing day?

Spirits
Do you believe in ghosts? Have you ever encountered one?
Reply 237

First, read Spook by Mary Roach before you decide whether or not you believe in ghosts. That should be required.

No, I don't believe in ghosts. As I've said elsewhere, I've read far too many books on the human mind and how incredibly fallible it is to believe in something like ghosts. Occam's Razor states that all things being equal, the simplest explanation is usually the correct one. What is simpler? That our brains aren't perfectly logical machines; that they're hardwired to jump at shadows, be afraid of the dark, and to find patterns and images where there are none? Or that, breaking the physical rules that the universe follows, dead people are hanging out in our homes for eternity, fucking with electricity and turning our faucets on and off? Here's a hint: violating the laws of physics is always the more complicated option.

If you want to believe in ghosts, fine. Humans seem to have a real knack for believing in that stuff. If it's not ghosts, it's demons. If it's not demons, it's alien abductions. But at least attempt to exhaust the natural reasons behind things before you jump to the supernatural.

For the record, I'm a former paranormal investigator and psychic. I'm now a skeptic. Anyone who knew me back when I was into the supernatural stuff would vouch that I was highly psychic and always seeing ghosts. Then I picked up a book on how the mind works. I know now that I was never psychic, just observant. And the ghosts I was seeing? A mixture of wishful thinking, hallucination, my eyes playing tricks on me, group hysteria, and imprecise memory (all memory is imprecise, which is why eye witness testimony in trials isn't usually considered good enough to convict someone).

If you want an example of how memory can be molded, here's a story for you:

I have a very clear memory of my mother getting up in the middle of the night to go to the bathroom and forgetting her head. Literally. For some reason or another (probably a nightmare), when I was quite young, I was sleeping in my parents' bed. I was just starting to nod off when my mother got up to go to the bathroom. My memory of that night always omits her head. She simply didn't have one. She was wandering around the bedroom like Mombi from the movie Return to Oz (for the record, Princess Langwidere was the head-switching character in the Oz books). To this day, this is my memory. Now, was it real? Obviously not. But that's what I remember. And that's the nature of memory.

I also want to go on record as saying that I love ghost stories and horror movies. Halloween is my favorite holiday on the calender and I love going on haunted house/city/whatever tours when I go on vacation. I'm not a stick in the mud, and I love being scared. I just know better than to believe everything I see and hear.
Collapse